Who is Maria Sharapova? An Indian’s Take 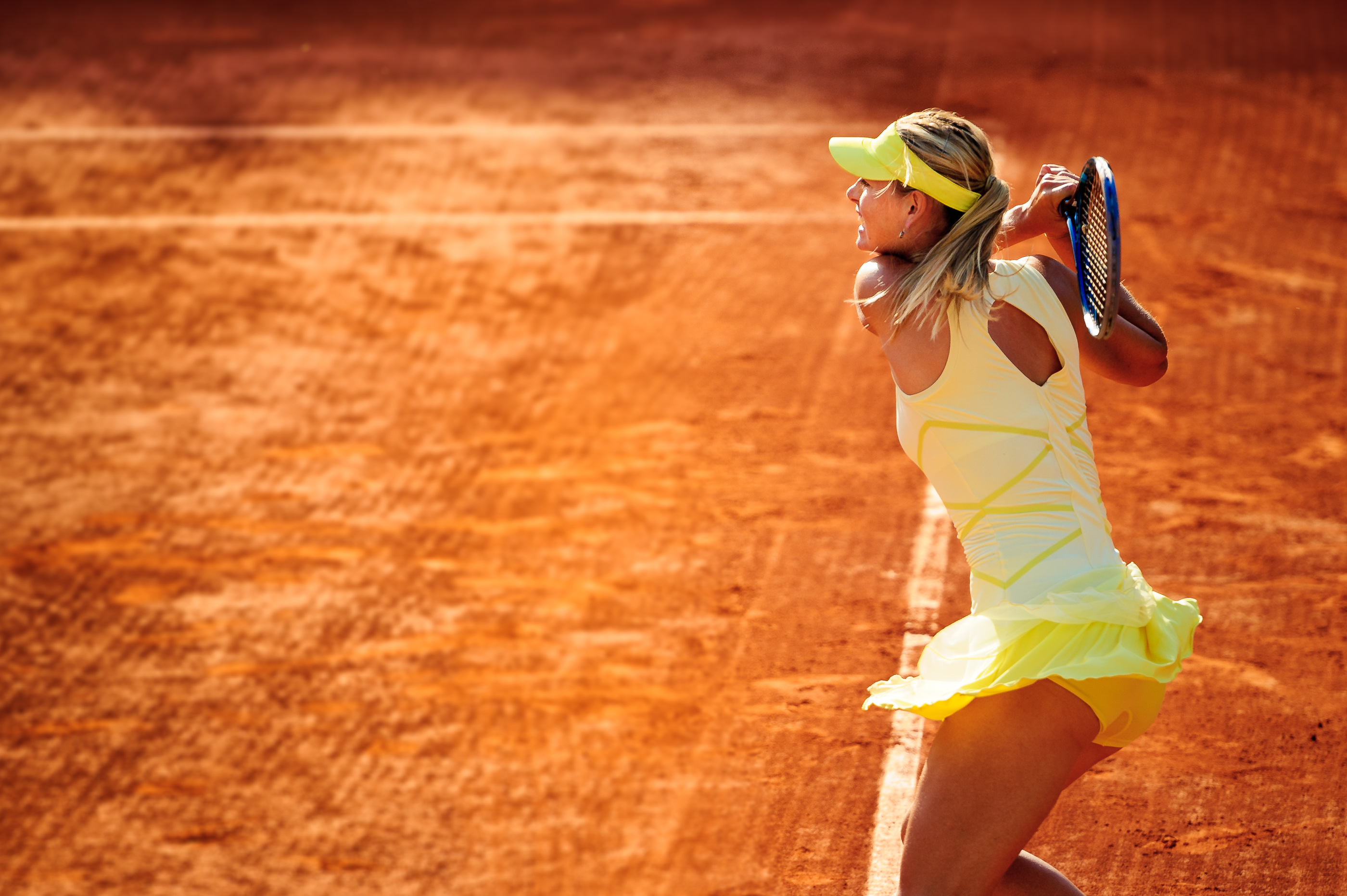 Indians trolled Maria Sharapova after she said she had no idea who Sachin Tendulkar was. This was my attempt at explaining a modern cultural phenomenon. Please note I was just 23 when I wrote this op-ed and my editors had left following a merger. (See archived version here).

Earlier this week, Indians tweeted “Who is Maria Sharapova” in outrage after the Russian said that she gushed at the sight of David Beckham in the Royal Box but did not know another famous man – Sachin Tendulkar.

The Royal Box holds esteemed visitors at Wimbledon and the Indian was invited to attend the event for the first time as a retired cricketer. After 24 years of long servitude to the game, he is clearly enjoying life and it was a heartening sight to see the Little Master take his place alongside many other famous sporting icons.

He decided to attend Maria Sharapova’s third round match against Alison Riske which she won 6-3, 6-0. The 27-year-old subsequently lost out to Angelique Kerber in the fourth round but it was a valiant effort by the Russian.

In the post-match interview, she was informed that some very famous people had taken their time out to catch her game.

“I always feel I really understand and get starstruck more when I’m around athletes that have done incredible things in their careers rather than maybe musicians or other professions. I’ve met him (Beckham) a couple of times at different events in LA and London, he’s a great guy.

“I do get quite shy when I meet people like that. I randomly met Michael Jordan at a private airport once. I don’t even know why that made me nervous, I didn’t even grow up watching basketball.

“I was like, ‘Wow, that’s cool’. He recognised me, which is pretty cool I thought back in the day.”

But when she was asked the following question: “Sachin Tendulkar was the other person who came in at the same time as David (Beckham). Do you know who Sachin is?”

Many Indians did not take the response well. Their unbridled fury has truly surprised me.

Annoyed at her supposed ignorance, they began to ask “Who Is Maria Sharapova?” in a dry attempt to play down the achievements of the Russian tennis star. They began to compare Tendulkar’s 24-year-long career to Sharapova’s 13 and outlined the list of achievements that Tendulkar has (it’s a lengthy, lengthy list) to showcase how he is worthy of notice in the world of sports.

They bombarded Maria Sharapova’s Facebook page with continual insults, made Who Is Maria Sharapova trend on Twitter and someone even created a website – whoismariasharapova.com! There are video montages on YouTube where people have sought to compare the two individuals while others have made memes to poke fun at the topic.

My favourite one has Luis Suarez complaining, “See! This is why I bite people!” next to an image that shows Sharapova confessing that she doesn’t know who Tendulkar is.

Some Indian sports fans have even leapt to Sharapova’s defence and written columns and blog posts over the nonsensical nature of the debacle.

Who Is Maria Sharapova?

Let me try and provide some small recompense by writing words of praise for the explosive combination of beauty and skill that is Maria Sharapova.

She has doggedly pursued her love for tennis even when her phenomenal looks can get her a lucrative career as a model. The unnecessary fame that comes with such a tag has distracted other sportswomen in the past, preventing them from giving their all, but not Sharapova. (Her compatriot Anna Kournikova come to mind.)

She continues to carry out grueling training sessions even as there is always a fat paycheck available for a day-long leisure-filled photo shoot. Staying in shape requires considerable less work than being fit enough to last a tennis match but she does it and continues to compete at the highest level.

Ranked 63rd on this year’s Forbes Celebrity 100 list (ahead of Serena Williams, arguably the best player), she is a champion of women’s tennis. And we need champions like her because the women’s game gets far less coverage as a whole than the men’s edition.

I’m sure that many little girls around the world have been inspired to pick up tennis rackets after seeing Sharapova wave at the spectators after emerging victorious in a tennis match.

Outside the court, she has utilised her considerable profile on charitable missions, especially the Chernobyl Recovery and Development Programme, where she helps people in the disaster area recover from the effects of the nuclear accident that happened there in the 1980s.

Why is this a big deal? Because it’s not about these two individuals at all. Instead, it’s about perception and the manner in which India is accepted on the international stage.

Personally, it’s a bit of a struggle to even explain why this is a big deal to non-Indians. Sure, it’s a bit of an overreaction and, if you take out the venom from their words, it can even appear humorous.

Why should it matter that a tennis player know of Sachin Tendulkar?

Allow me to do a simple thought experiment.

Take a flight and land somewhere in the middle of a town where the natives have limited access to civilization. Would they know about Beckham? Possibly. His image is always on soft drink cans.

Do they have any idea who Michael Schumacher is? If they have any aspirations of making it big and riding a Ferrari, they might know about the mercurial German.

For a country of one billion people, India has not been defined by much. Sure, everyone laughs at Russell Peters’ mimicry of the Indian accent (even as Indians cringe on the inside), Slumdog Millionnaire makes one think that squalor and poverty reigns supreme there… all the dancing in Bollywood makes the Western world wonder about the peculiar entertainment tastes of the Indian populace.

As far as they are concerned, you cannot talk about modern cricket without Sachin. In their eyes, no other sport has a parallel.

Lionel Messi has a rival in Cristiano Ronaldo, Pele had a Maradona, Federer has been superseded by Novak Djokovic and the old always make way for the new.

In cricket, however, you can pick the careers of some of the best batsmen in history and Sachin’s statistics are probably twice or thrice as good. Imagine a football season when a striker scores 60 goals or an F1 race where the driver takes half the time to finish a lap.

It’s not fair to compare sports, of course. And ultimately, fans of one sport don’t need to care about another. Sharapova is entitled to be a fan of whoever she wants but if India has any claim to a sporting great that would catch the attention of the leading sports athletes around then many had hoped that it would be Sachin.

Unfortunately, Indians have to realise that sports media, in general, has a strong focus on Western sports and therefore any appreciation for Indian heroes (and the borrowed pride that a fan gets) can only come from within.

As an Indian sports journalist who correctly predicted that Manchester City would win the Barclays Premier League, Liverpool would become title contenders (back in December), David Moyes would be sacked (in January) and that the January transfers would flop, every single column of mine gets a comment – “You’re an Indian, what do you know? Go write about cricket!”

If anyone’s interested in reading more about Sachin, there’s a column that I wrote last year after Sachin’s retirement (A Tribute To A Cricketing ‘God’).

The highest rated comment is by my uncle, the second is by my aunt and the third is by my father. Normally, they don’t care much about my sports articles but that piece spread swiftly throughout the Bhat clan.

Be proud of yourself and your sporting heroes. Don’t expect the rest of the world to follow suit.

If they do, it’s just a bonus!