Am I a native speaker? 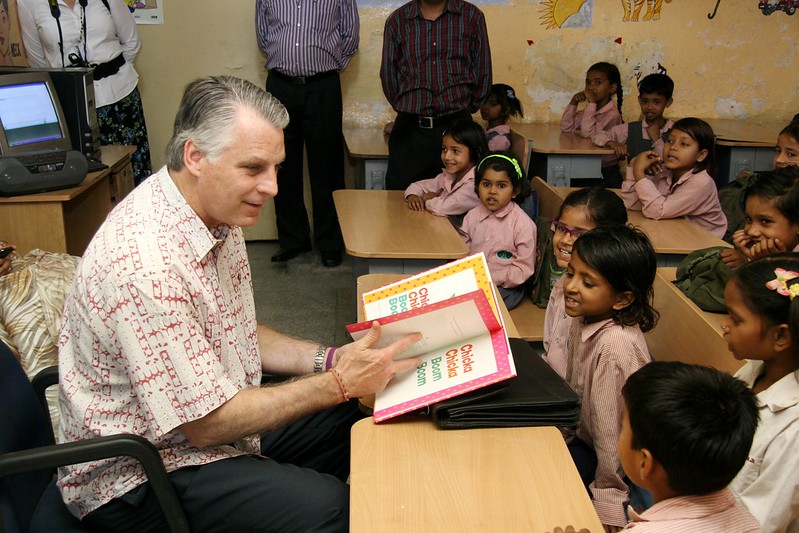 Someone asked me if I was a native speaker recently prompting this reflective personal essay.

Am I a native speaker? When a Chinese girlfriend asked me about unfamiliar words in English, I always had an answer but she would open her iPhone and google the word in her language to fully absorb the meaning. It reminded me of a time when I used to similarly google the meaning of words as a teenager trying to switch from Indian English to British English.

Back then, I was a student in a British international school in south Thailand and it was clear that I had just moved abroad – my white T-shirt was tucked in at a comically high level above my waist. It looked like it was sucked into oblivion by my navy blue shorts.

The question has haunted and followed me around ever since I boarded that Cathay Pacific flight to Bangkok sometime shortly after the start of the century. I used to get made fun of all the time for my accent and I remember consciously trying to discipline how I spoke as many non-native speakers do so that they can try and blend in and feel like a part of the privileged minority.

But the funny thing is that when I go back home, I am part of that privileged minority. People mock me, sometimes endearingly, for my foreign mannerisms and accented attempts at speaking vernacular languages.

It’s really tough to live like this stuck between two worlds. I really think I am pretty much as close as you can get to a native speaker. I read widely – l read at least 40-50 articles a day. I am careful with my word choices every second and try to use the right descriptive words whenever I can.

It took me a long time to get to a stage where I could accept that I am a non-native speaker but I will never be recognised as a native speaker.

I have adapted to this situation and become a chameleon in everyday life. I culture shift and language shift when speaking to my Indian friends. That partner remarked that I use very simple English to get my point across to her and she realised that was because she rarely had to ask for an explanation.

When it comes to writing as a journalist, I cannot guarantee an editor that they will get perfect copy but I have submitted stories to my Australian and British editors that require minimal corrections. There might be some unusual sentence constructions and interesting word choices but I do believe I have an appreciation of the fundamental principles of good writing and good reporting: Keep it simple where you can, construct a good narrative, be objective and factually correct and bring in a diversity of relevant expert voices.

Still, I have to prove myself every single day to every person I meet.

There is a nativist tendency right now in the world that is making life difficult for those of us who live between the cracks of society. Just the other night, I was talking to my American friend, a former veteran and an aspiring photographer who used to live here, and I saw it in his words – I told him he seems to have changed since returning to the States. He was arguing that hiring for the sake of diversity was a form of tokenism and problematic because it isn’t wrong for employers to hire candidates that they feel they would get along well with and who they think is the right person for the job.

I think I gave him something to think about in response. I told him how despite having similar backgrounds, many of us minority individuals feel like we get left behind because of this tendency. If you look at two university graduates with a similar academic performance ten or fifteen years down the line, the minority individual might not do as well as someone from the majority. The starting point in life is not the same. The way we speak and act is not within our control but it influences how we are perceived.

Not only does it affect how others treat us, we also end up adopting a degree of internalised racism that lowers our quality of life. Personally, I often seek to minimise my presence in society and look for safe spaces somewhere between native and non-native speakers.

I do believe the best person should be hired for the job but I also feel like there are rewards that come if you embrace diversity and perhaps go the extra distance.

Here in Hong Kong, I came to study for a postgraduate degree in journalism only to find that the preference for Chinese and Cantonese speakers nearly froze me out of the job market even though I was easily one of the top students to graduate from the programme last year.

It’s difficult being a native speaker at home and a non-native speaker abroad and I know that many of my ilk choose one of two paths – either they go back home where they try to lift others (usually those who belong to the upper classes of society) to their level or they migrate to a different country where they can find others of their kind.

But I want the middle path. I want to live in both worlds and all the ones in the middle.

I am not a native speaker but that’s not my fault. I can at least try to become a native writer.

Have some feedback? Drop me a line here (be courteous).